Vela spila is located on the southern side of Pinski Rat Mountain, 130 m above the cove of Kale in Vela Luka and is one of the most important prehistoric archaeological localities in Europe.The archaeological finds from this site prove that several prehistoric communities have been living here and using the cave in their every-day life and for burying their dead.
These extremely significant finds include thousands of pieces of ceramics, whole vessels and other objects made of earthenware. They serve as the proof of the long history of cultural, social, spiritual and economic relations between the inhabitants of Vela Spila and other parts of the Adriatic and the Mediterranean. 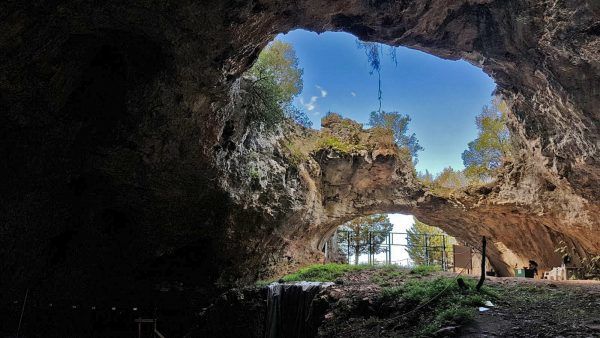 Excavations and the archaeological investigation of the site lead to the conclusion that the cave has been continuously inhabited from the early Stone Age (about 20 000 bc), and there is evidence of an occasional human presence in the following periods – Iron Age and Copper Age. To this day it has been used by the Greeks, the Romans, the Byzantines and many others.
The entrance to the cave is 1 to 10 meters wide, up to 4 meters high, facing south and offering a beautiful view of a large bay, fruitful Blatsko Polje, the islands of Ošjak, Kamenjak and Proizd, as well as of more distant islands like Vis, Sušac, Sv. Andrija, Biševo and the open sea.

There is a valuable archaeological collection of objects that have been found on this site in the Culture Centre Museum in the town centre of Vela Luka, and visitors can visit the cave in two ways: By car, for there is a 2,5 km road leading from Kale cove to the cave, or on foot along a walking path on the Pinski Rat Mountain. 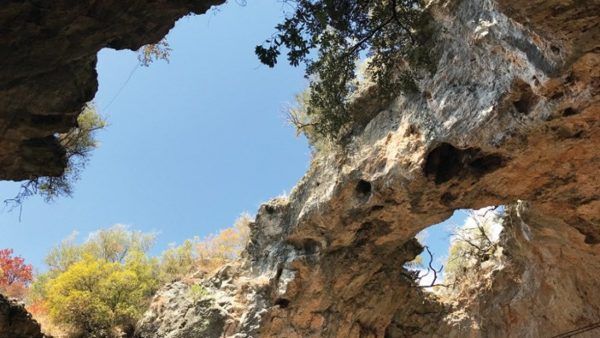